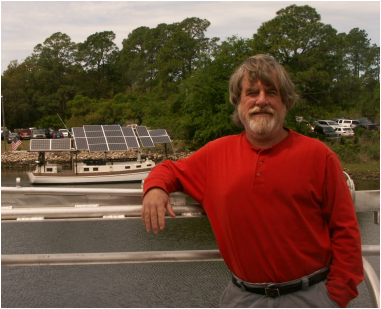 Carter Quillen hails from the Appalachian Mountains of East Tennessee and is a 4 year veteran of the United States Coast Guard.  He is a BSME graduate engineer from the Florida Institute of Technology in Melbourne, Florida and has been a registered Professional Engineer in Tennessee since 2002. He is a past president of the Space Coast ASHRAE chapter as well as an award winning conservation contractor.

Mr. Quillen was a certified mechanical contractor, solar contractor, and energy auditor for over 15 years while living in Florida and performed thousands of residential  and commercial HVAC&R system performance analyses, building envelope evaluations, and completed hundreds of energy efficiency  upgrades.  He is an expert in Heating, Ventilating, and Air  Conditioning efficiency as well as solar thermal and photovoltaic applications. He was also the testing engineer for the Florida Solar Energy Center’s certification program for two years and was an Asst. Professor of HVAC technology at the Brevard Community College for 5 years.

His industrial experience includes 5 years as a mechanical systems engineer for ground support facilities at Cape Canaveral Air Force Station, (CCAFS) and the Kennedy Space Center, (KSC) where he was involved in optimizing the energy efficiency of numerous industrial/commercial systems.  Carter was also the  Facilities  Engineer at a large manufacturing plant in Johnson  City, Tennessee where he designed and project managed capital improvements to increase the efficiency of numerous systems within the facility.

Carter has provided mechanical consulting services to a wide variety of industrial and government clients concerning energy efficiency studies and personnel training, including the Florida Solar Energy Center, Oak Ridge National Laboratories, NASA, the US Air Force, the D.O.E and the US Department of State.  He was also the Mechanical-Electrical-Plumbing, (MEP), construction administrator for the construction of Ave Maria University in Naples Florida,  which at the time, was the largest construction project in the country.  Currently he is working as a professional engineering  consultant and independent clean energy advocate.